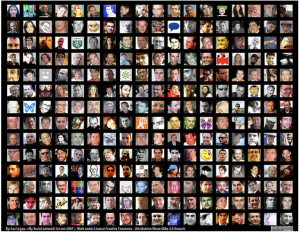 I gave a presentation recently about social media for the Green party from several European countries, among them the European Green Party, organized by the Green Campus. You can find my presentation here. Plenty of interesting topics came up, and one of them was what Austrian blogger and web designer Bernard Schmidt called “digital hijacking” in social networks (the term is also used in connection to hijacking of computers or domain names). A less fancy, but still equivalent term is fake profiles. Of course we have heard about fake profiles on Facebook, just ask the King of Norway, Harald (in Norwegian) or the King of Sweden, Carl Gustaf.

In Morocco, you can even get jailed for making fake Facebook profiles. The 26 year old IT engineer Fouad Mourtada is facing up to 5 years in prison for making a fake profile of Prince Moulay Rachid.

But what to do with fake politician profiles? Such as Bilawal Bhutto, Barack Obama (wacky done by the Republicans), or the Norwegian local politician Herman Kristoffersen? Obama’s campaign had to take over a  fake and very popular MySpace profile in May, which got dirty.

Should all politicians reserve their names on all kinds of social networks, just to be sure? Even though “MySpace rules state that public figures have the right to their own name”? Just to avoid all the hassle with the cybersquatters?

In general, I do think politicians (as well as other public figures) should involve themselves in social media, but also in order to make sure cybersquatters don’t make Facebook life miserable for them. If not, it can cost them, both time and money. Some friendly folks are trying to help the politicians, though. One of my Norwegian Twitter friends, forteller, reserved the names @Stortinget and @Regjeringen on Twitter back in April (the Norwegian government has still not claimed it…) Techcrunch has reserved @obamacares and @whitehouse for the Obama camp.