Less than four weeks before Barack Obama is inaugurated as America’s 44th president, he is everywhere – in the American stores.

I just came back from a trip to Washington DC and Mexico City, and was amazed to see all the Obama products on display in DC. Obama is the new guy on the t-shirts, giving Che Guevara hard competition. I know this is not news for Americans who have seen the Obama gadgets for a long time already. But for me, who was not able to go to Washington as a political tourist on November 4th, this was overwhelming.

I gave my little nephew an Obama doll with a pointing finger for Christmas. I got myself a t-shirt from this guy, Chris Bishop.

The big question is – when will people stop wearing the Obama t-shirts because Obama the president have disappointed them? Hopefully, it will take a while. Until then, this is how Obama looks like – on sale (via my iPhone): 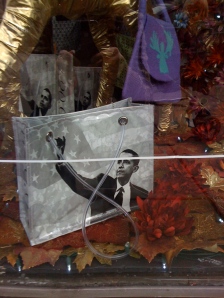 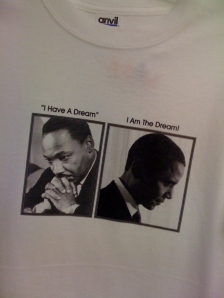 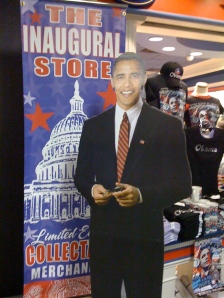 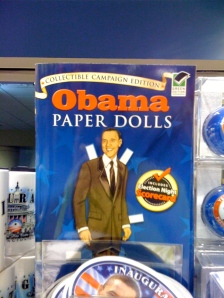 Okay, all is not change in the US, something is still the same: 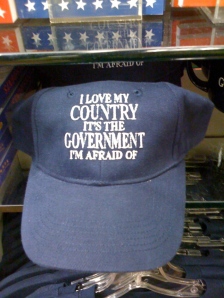 2 thoughts on “The Obama icon on sale”