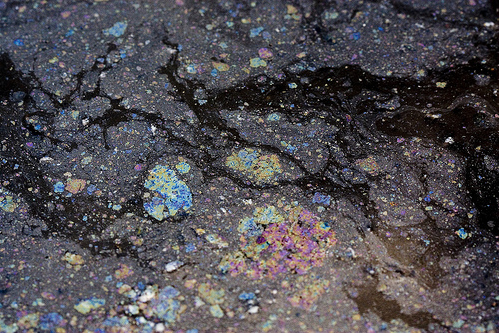 To make a mashup of public data in Norway  sounds like a good idea, but in reality, it is much more complicated.

I’ve been involved in an environmental internet project with Edda Media (a fairly large media company in Norway), as well as Sunnmørsposten (a regional newspaper on the west-coast of Norway), and the restricted and different formats on public data have created serious headaches. So much that the project is now postponed until further notice.

What is this all about, you wonder? Back in the summer of 2007, I was one of 6 winners of Edda Media’s competition for digital media ideas. In short, my idea was to create a website where readers could easily find and navigate local pollution, in water, air and ground. By using maps (preferable Google maps) and simple menus, people could check out how clean or dirty their surroundings were. With a hyperlocal focus.  But in addition to profiling environmental problems in your neighborhood, I also wanted the project to have a more constructive, positive focus, so an integrated part of the website would be to present several suggestions for how people could engage, communicate and deal with environmental problems on a local level.

Miljøstatus (translated – environmental status) is based on a similar idea, but on a national level in Norway. The problem is that the site it is incredible heavy to navigate, you have to go really deep in the information structure to find what you are looking for.

We wanted to build a database (I don’t have programming background, so obviously, I’m not able to do that myself) with feeds from environmental data from several different public institutions, such as Niva, Nilu, Mattilsynet, Ålesund kommune, Møre og Romsdal fylkeskommune, etc.

The financial crisis and the tight media market is reasons why this project is now paused. But some other important explanations are lack of coherent format on the public data (ex. xml), as well as lack of experience/willingness to cooperate with external partners.

I interviewed Minister for Government Reform and Administration, Heidi Grande Røys, for an article I wrote in Dagbladet about mySociety, and she said that the government wants more web 2.0 services for the citizens.

But in order to achieve that, what about freeing up more public data, standardise their formats, use open source, and encourage an attitude change in governmental agencies regarding cooperation with external partners. Or the be even more radical, follow Tom Steinberg’s (mySociety) Top 5 Internet Priorities for the Next Government (any Next Government).

If you have other examples of unfree public date, please let me know!

Update: Kristine Lowe has some observations about this blog post. Even Westwang (Bengler, a company that has developed two very interesting online communities in Norway, Underskog and Origo) made me aware of a group at Origo (in Norwegian) that is called Offentlig information (public information), about reuse of public information and the problems relating to it. Looks promising!

6 thoughts on “The problems with “free” public data in Norway”