(This text is based on a presentation I gave at the Future of Journalism conference in Cardiff, September 14-15). 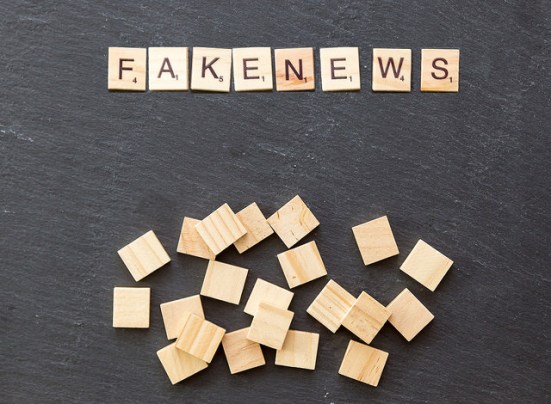 The quality of information has been of concern for everyone interested in the public sphere (Lippman, 1922; Dewey, 2012; Habermas, 2002), and it is particularly important during election campaigns, when citizens are electing their representatives. The influx of misinformation, propaganda and so-called “fake news” during election campaigns may thus have lasting and disruptive implications (Allcott and Gentzkow, 2017).

While the phenomenon of false information has existed as long as humans have told stories, the term “fake news” is of newer date. Earlier, terms such as propaganda, misinformation, hoax, scams, rumors, false stories, media manipulation, and lies have been used to describe false information’s role in society. Recently, fake news is almost exclusively described as deceptive stories, intended to fool or mislead the audience. False information has been dressed up as news, resembling credible journalism in order to borrow legitimacy and maximize attention (Hunt, 2016).

Few years ago, “fake news” was used to describe content on late night comedy shows such as The Daily Show with Jon Stewart and Stephen Colbert’s The Colbert Report. This kind of fake news was interpreted as entertainment, as well as media and political criticism, but not intended to deceive the audience (Borden & Tew, 2007, Painter & Hodges, 2010). Recently, the term has been utilized by political actors such as Donald Trump to undermine unfavorable media reports. The term has also been used to describe outright propaganda or deceptive clickbait titles produced by news media. This mixture of different meanings make the term fake news confusing.

Similarly, the Norwegian Media Authority has defined fake news as “stories appearing as news that consciously spread distortion, propaganda or similar. The purpose might be politically motivated, financial gain (clickbait) or fraud. Fake news often appear as ordinary news, and can be hard to detect” (Medietilsynet, 2017: 2) (my translation).

In order to understand the term fake news, Benkler et al. suggest to avoid a too narrow definition: “Rather than “fake news” in the sense of wholly fabricated falsities, many of the most-shared stories can more accurately be understood as disinformation: the purposeful construction of true or partly true bits of information into a message that is, at its core, misleading” (Benkler, Faris, Roberts & Zuckerman, 2017: 2)

Fake news has thus made it harder to “recognize information as one thing rather than another” as formulated by David Altheide when he described media logic. By piggybacking the news format, fake news has entered the public sphere – often through social media.

I am working on an analysis of how Norwegian news media has covered the fake new phenomenon during the last year. Three topics are dominating the coverage of the term: Political influence, media debate and tech companies role in distributing false information.

Norwegian news media first covered the fake news as a phenomenon that occurred during the American election campaign, closely connected to the candidate and later president elect Donald Trump, who is mentioned as both a spreader and creator of fake news. Additionally, concerns about Russian hackers and Russian influence in election campaigns in several countries, Norway as well, is frequently discussed. Political influence in concern to fake news is mainly discussed in relation to foreign news, with some exemptions, such as one Facebook group manipulating Norwegian news stories.

Nevertheless, the fake news coverage has a clearer national focus regarding the media debate. The fake news phenomenon triggered a debate about media trust, verification, quality journalism and the need for fact checking in editorial media in Norway. Moreover, several articles stressed the need for media literacy even among young children, and it should be implemented in the educational system.

Facebook and Google’s role in distributing and spreading fake news is prominent in the articles, and is frequently mentioned in relation to the American election, but it is also mentioned in regard to Norwegian politics. A Facebook group manipulated headlines from Norwegian news sites, creating tense situations for the targeted party leader Trine Skei Grande from the Liberal Party. Some articles also covered how Google’s programmatic ad system have facilitated fiscal opportunities for producers of fake news. Changing Google and Facebook’s advertising systems is discussed as ways to make fake news less attractive income opportunities.

This analysis has demonstrated how problematic the term fake news is. The analysis shows how it is framed and reframed during this time period, quickly loosing its meaning and becoming an empty term for something unauthentic.

Thus, this can be one way to differentiate between different forms of false information: